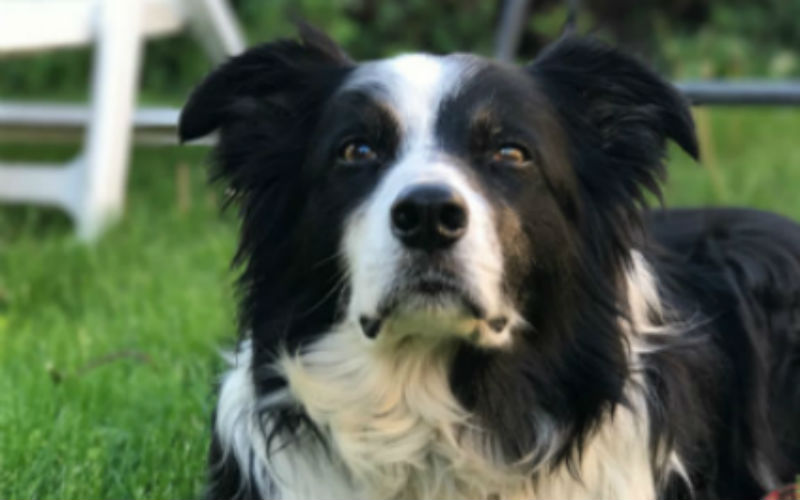 My dog Bo has now had spontaneous healing of tumors in the lungs and liver identified in early June - many thanks to Gabrielle Liengme for her role in Bo's latest amazing recovery story. This came almost two years after he underwent emergency surgery to remove a large but benign tumor on his spleen. In both these cases, he has bounced back to great health, this time without ANY surgery.

We have now been together for 12 years, and hope for many more - rrrruff ruff! Bo, the miracle dog! 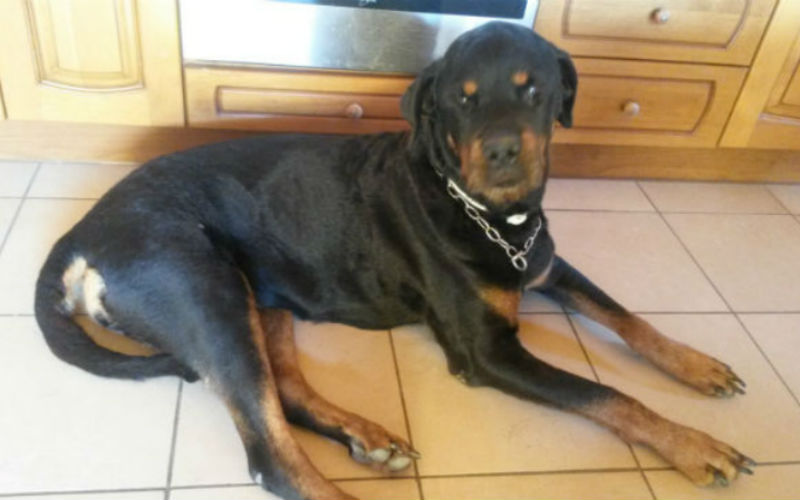 “I first experienced distance healing several years ago. I was positively surprised. But now it's Trisha. She was eight years old when she suddenly started to have constant diarrhea and her appetite kept going down. After several examinations such as blood tests and ultrasounds at different vets, the answer was always the same: chronic gastritis. Despite all the treatments, Trisha was getting worse and worse. She also lost a few pounds. My last hope was long-distance healing. That's when I contacted Gabrielle. After a short time, she regained her appetite and had less diarrhea. Every day, her condition improved. I even participated in three shows in the veteran class with Trisha, then 10 years old, and her evaluation was excellent. I am delighted and I thank Gabrielle for her precious help. " 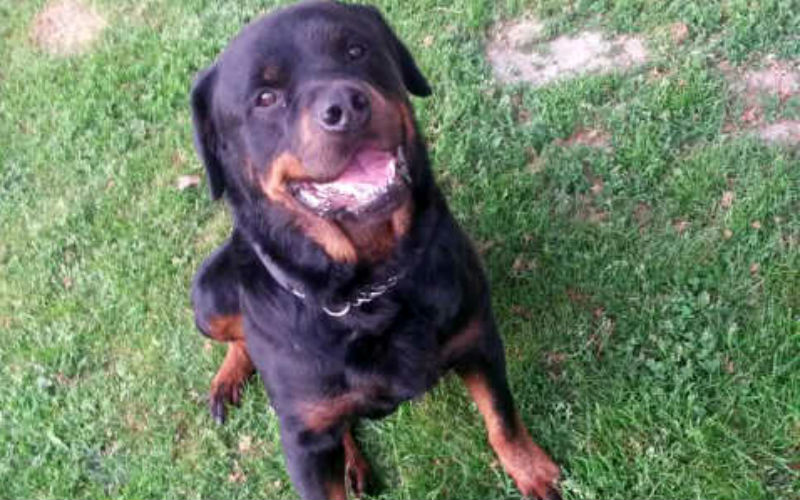 ZEUS, hope is the last thing that dies

They say hope is the last thing that dies and personally I can say that I really believe it ... Because I have witnessed "an episode" of life that I never thought I would live.

Let me start by telling you that I own two Rottweilers, a six-year-old female named Eris and a four-year-old male named Zeus. Both have always been very fit and healthy.

In September 2015, one morning, the male, after eating his portion of chicken nuggets and cereals as usual, began to feel unwell after a few hours. His stools were very watery and too close together. At first, I thought that the change of season, the drop in temperature, was the cause. I immediately contacted my vet who advised me to give my dog ferments to rebalance the intestinal flora. After several days, the situation was hardly improving. The rejections were becoming more and more frequent.

Still on the advice of my veterinarian, I began to administer to my dog, in addition to ferments: fibers, charcoal and antibiotics. In fact, a very heavy “mix” for the health of my Zeus. Over the days the dog became weaker, dehydrated, thin and with acute dysentery.

With the veterinarian we decided to do a whole series of examinations and investigations, such as (rectos copy, gastroscopy, ultrasound, blood tests) in order to understand the reason for my dog's illness. None of these tests provided an explanation. It seemed that the dog had become allergic to the protein in the chicken and the cereals he ate in his kibble, but nothing else was diagnosed. As a last solution, the vet prescribed cortisone to administer twice a day. To be taken at the same time as its mono-protein diet (diet) without cereals and chicken.

I proceeded to feed my dog this way for a year and a half, even though my dog was not feeling 100% well. Then unfortunately, one night in March 2017 my puppy had a severe dysentery relapse. Despair took hold of me, because I saw that the health of my Zeus was more and more precarious. In the days that followed, he started to lose weight visibly, he had lost his appetite, dehydrated, with sad eyes, he was in pain. And as if that was not enough, his state of health strongly affected his behavior, he had become very submissive. I decided to tell this whole story to my breeder friend Yvonne, who told me that if I wanted and without obligation, she knew a close animal friend and psychic who could help her. I accepted her advice right away, because I had tried everything and the only thing I was interested in and close to my heart was the health of my Zeus.

The first days of April 2017, I sent a photo of the dog with its date of birth to this person named Gabrielle. Which knew nothing about what had happened to my dog, nor its lifestyle. She gave me advice on how to deal with this situation so that my puppy could get back to a completely normal life. In fact, she felt that Zeus apart from being in pain, he was "limited" in his expression of character and did not feel up to the first name he wore. Personally, I had never given importance to the actions he had and that he was doing, but thanks to Gabrielle who suggested few changes and basic adjustments in the management to adopt in daily life (both in the relationship alone with the dog than in the canine group). Zeus was gradually beginning to "change and improve" not only in his physical state, but especially in his behavior and mental state.

It was as if "my puppy" needed me to transmit ALL MY LOVE to him, not only with caresses and kisses, but above all with concrete gestures of confidence in him, in such a way that he himself could become aware that 'he had all the skills to do anything he could do to be a good buck, especially being a Rottweiler.

I must admit that at first, I was a little skeptical of all this, but seeing and noting that the dog was reacting in a positive way and that his health was improving day by day, I regained my self-confidence. to the point of feeling that it was just what I was doing, for the sake of my pup.

Well, believe it, with the guidance of Gabrielle, a wonderful person who loves animals and helps them with "her gift" I was able to eliminate cortisone for good as early as April 24 (2017). Since then, my dog has regained his weight, his shape, and his appetite. He has a beautiful look, he is as proud as before. He regained his self-confidence and finally MY ZEUS became a God… thank you from the bottom of my heart to Gabrielle and Yvonne.